A cycle superhighway is a cycle highway, where the commuters’ needs have been given the highest priority. The cycle superhighways of the Capitol Region is a coherent network of cycle highways which provides a safe, smooth ride with fewer stop and increased safety – offering an alternative to the car on distances of more than 5 kilometers.

As a mode of transport, bicycles take up less space in traffic, come with zero CO2- emissions, and are a time efficient way to get exercise as part of the daily commute. A complete network of cycle superhighways will decrease congestion, lower healthcare expenses and contribute to cleaner air and a better environment in the cities and municipalities of the Capital Region of Denmark.

A unique coorporation
Cycling offers huge benefits for the individual as well as for society but it requires highly prioritized biking conditions if the bike is to succeed as a competitive alternative means of transportation. 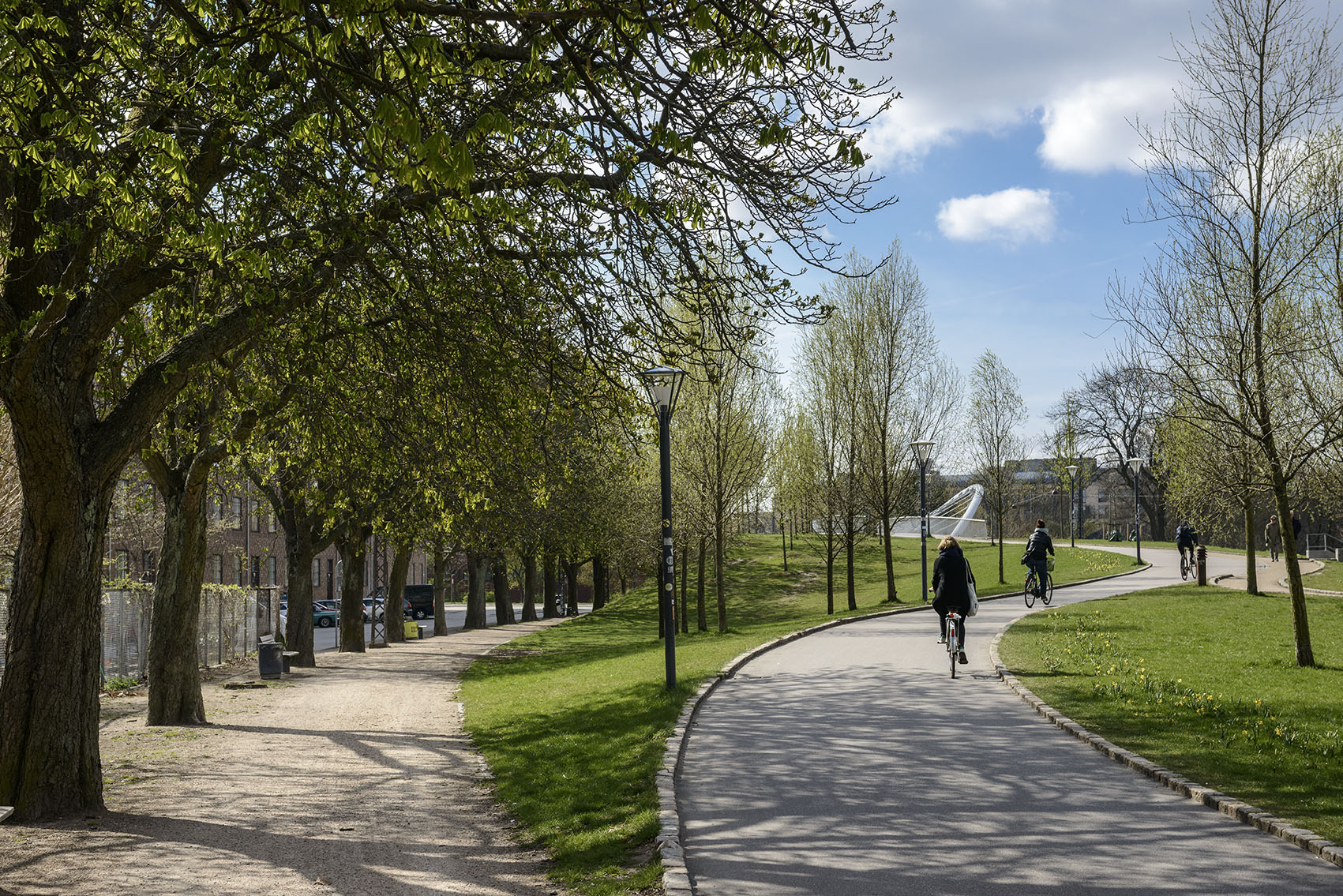 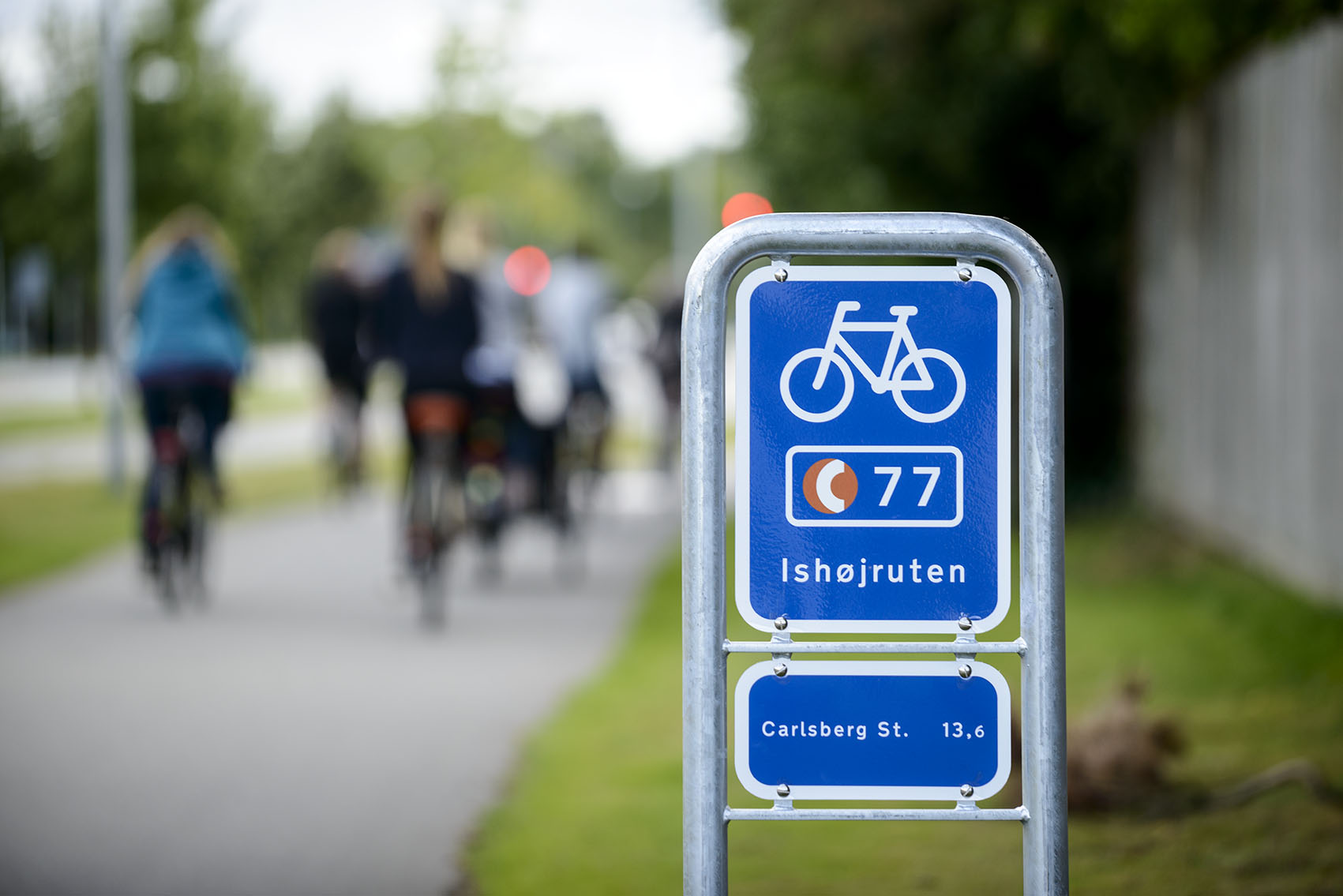 The routes are marked by road signs as well as orange signage spots in the asphalt making wayfinding easier for commuters  – they simply follow the orange C.

Bike commuters already have access to nine cycle superhighways. The first route, Albertslundruten C99, opened in 2012 and the second route, Farumruten C95, followed in 2013. In 2016 Ishøjruten opened followed by five routes in 2017. In the fall of 2020 Farum-Allerødruten opened. An additional seven routes is planned to open in the coming years. In total over 60 routes have been planned in the region of Copenhagen with total a length of more than 850 kilometres of cycle superhighway.

Initiatives at the cycle superhighways
The highways should be as direct as possible and with as few stops as possible. An example of how this is achieved is by the use of green waves. Traffic lights are normally coordinated in favour of cars, but the aim for the cycle superhighways, is for traffic lights to be adjusted for cyclists instead. At an average speed of 20km/h, cyclists will be able to surf a wave of green lights through the city during rush hour, without putting a foot down.

To make sure that the cycle superhighways are developed with the commuter’s needs in mind, a cycle route must comply with a set of quality measures to be categorized a cycle superhighway. Cycle superhighways provides the commuters with amenities such as air pumps, safer intersections, green waves and traffic lights timed to average cycling speed – as well as clear signage at roadsigns and directly at the tracks. 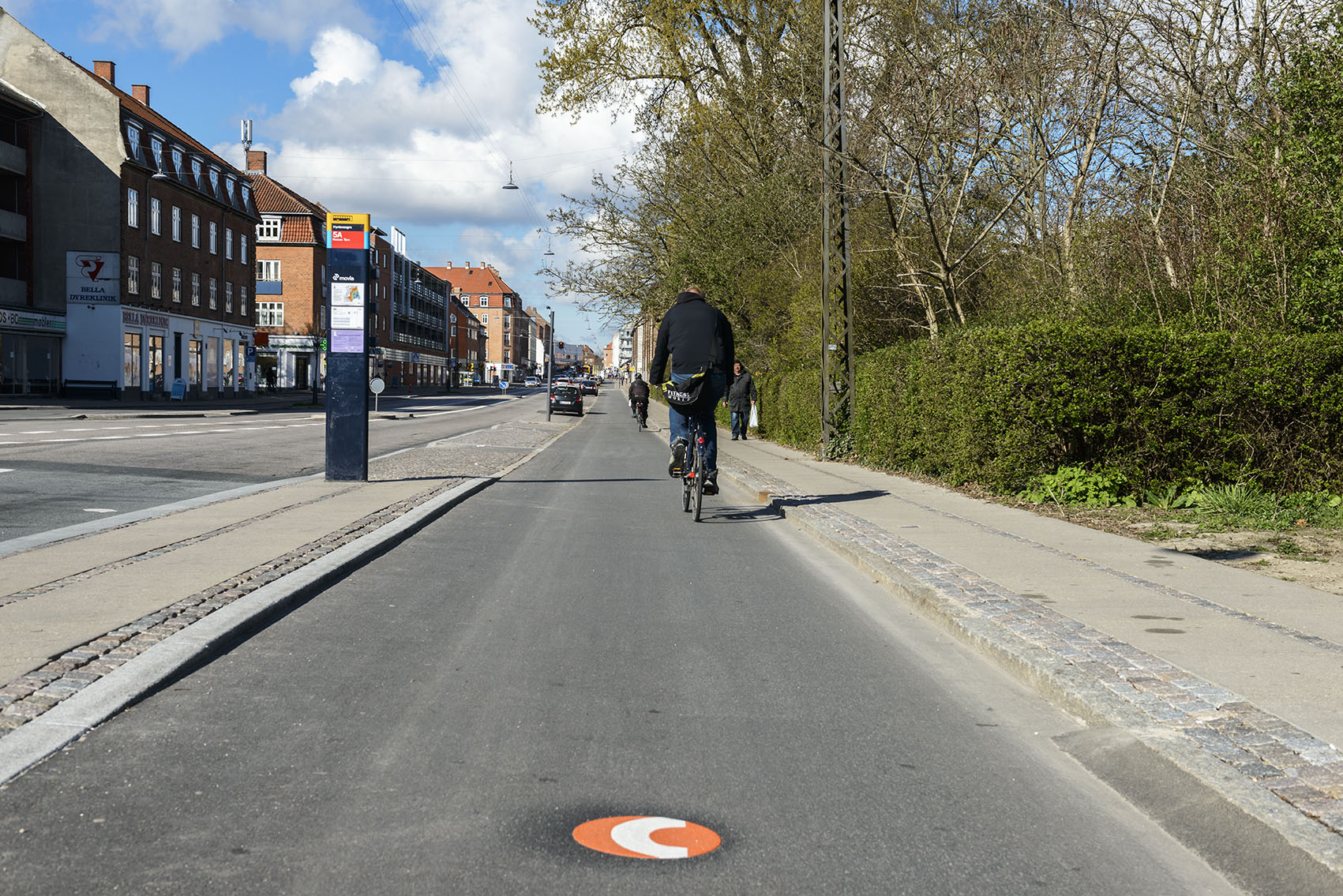 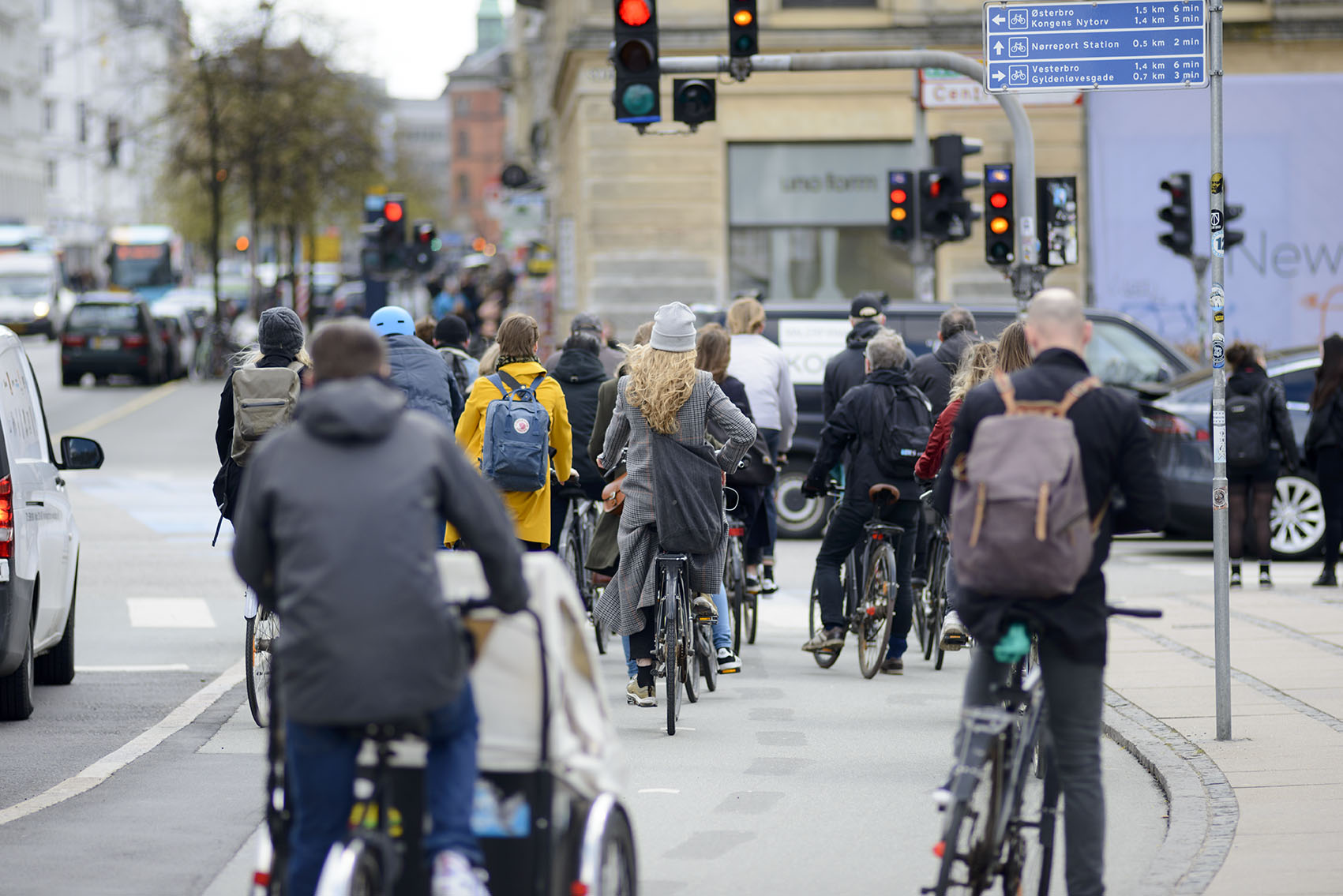