The main purpose of the Cycle Superhighways is to create better conditions for commuter cyclists, and thus encourage more people to choose the bike over the car. It provides improved health, improved urban environment and less congestion – for the benefit of all road users. Ultimately, it is both cyclists and our communities that will stand as winners. 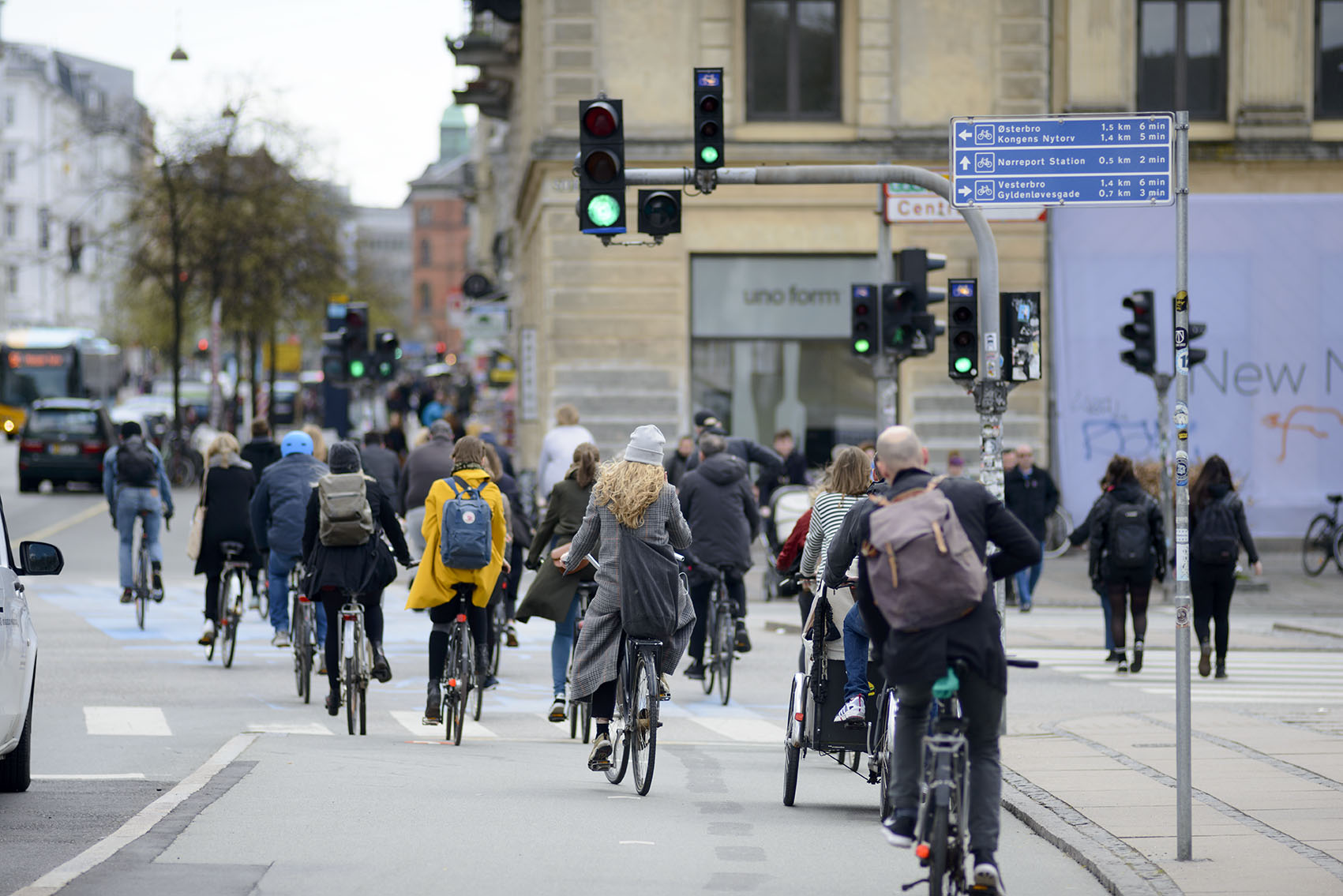 The Cycle Superhighways is an inter-municipal cooperation aimed at creating a net of bike paths across the Capital Region of Denmark. The goal is to provide better conditions for bike commuters and encourage people to choose to commute by bike.

Planning across municipal boundaries
Behind the project is a unique partnership between the Capital Region of Denmark and 23 municipalities within the region. Traffic does not respect the individual municipal boundaries. Cooperation between municipalities in the metropolitan region must then be the foundation to sustain the region’s position as a centre for the development of green growth and sustainable mobility. Efforts to promote bicycle commuting in the metropolitan region requires that cycling conditions are at the top, regardless of which municipality they cycle through on their way between work, education and home.

In 2009, the Copenhagen municipality initiated to invite a broad collaboration of municipalities to create a network of bicycle commuter routes. 18 municipalities and the Capital Region joined the project and – with state financial support marked to improve cycling conditions  – established a partnership anchored in a project secretariat. We are now 23 municipalities coming together on the project of the Cycle Superhighways and more will join as the project develops.

The ambition is to create a strong network of Cycle Superhighways that provide better conditions for the bike commuters and encourage even more people to choose the bike. The Cycle Superhighways could potentially increase the number of bike trips with 6 mio. in the Capital Region compared to today making the project a key cooperation in the development of green growth and sustainable mobility and we have already experienced an increase in the number of bike commuters on the Farum route of 61% since the opening back in 2012.

A larger community – working with public transport
The unique cooperation between municipalities helps to create a closer relationship with neighbouring municipalities. Experience so far shows that cooperation has been fruitful and instructive, and it can hopefully be used in many other contexts as well.

It is an objective for municipalities to create strong partnerships with providers of public transport and businesses along the route network. Good working relationships is initiated to ensure the best possible terms for the commuter cyclists, regardless of whether the trip is combined with other modes of transportation and need for stations with bike ramps, secure parking and opportunities to bring your bike in the train or bus. Or whether they bike all the way to work or study and therefore have the need to change clothes, use air pumps and have covered bicycle parking.

Socio-economic benefits
The project has shown to be beneficial for both society and for the individual in terms of socio-economic benefits caused by increased health due to exercise by biking and thus less absence from work due to sickness among the citizens. Furthermore bike commuters produce less pollution, less noise and less congestion and therefore contribute to a better city life.