Greater Copenhagen wishes to be a global center for sustainable growth and green innovation. This requires even more innovation while continuing to cultivate current positions of strength at the same time. 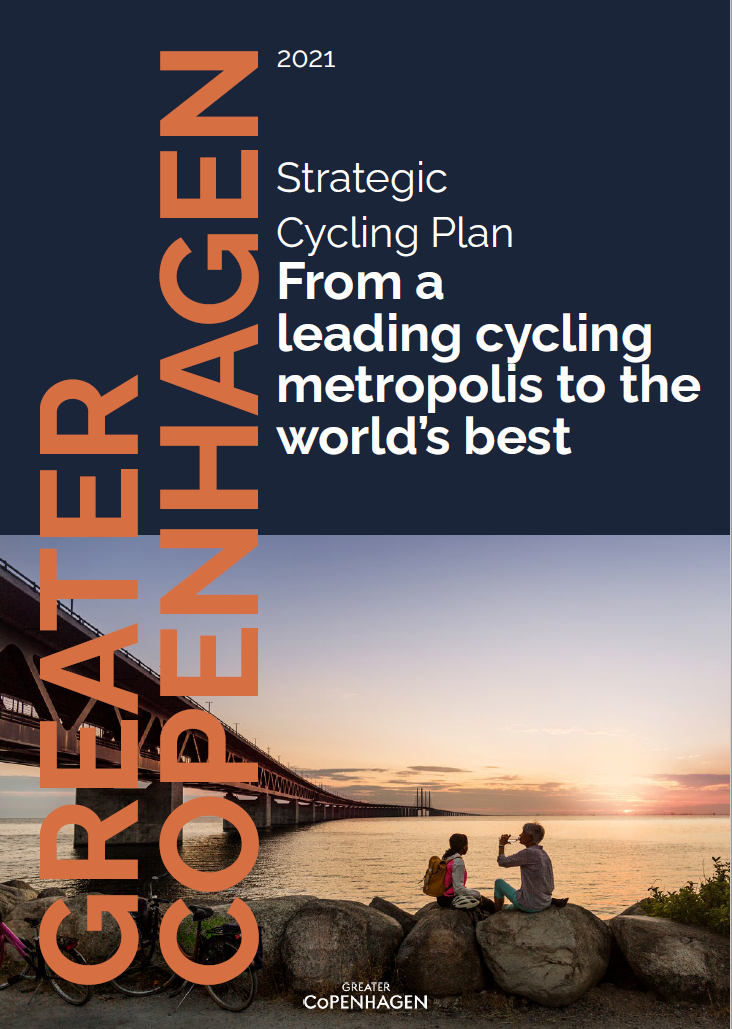 Greater Copenhagen is already in a unique position today as one of the world’s leading cycling metropolitan regions.

Three of the region’s cities, Copenhagen, Malmö, and Lund lie at the top of the rankings for the world’s best cycling cities. Every fifth trip in Greater Copenhagen is by bicycle.

While bike trips ensure a green and healthy link in the transport system, there is much untapped potential and room for improvement when it comes to the integration of cycling into a Greater Copenhagen well-integrated labour market with a coherent transport system and ambition to create sustainable growth and green innovation.

Therefore, Greater Copenhagen’s board decided in June 2019 to draw up a strategic cycling plan, which maps the need and potential for setting common objectives and developing cross-regional cycling actions in the metropolitan region.

The purpose of the plan is to present proposals for actions, which have interregional value and enable cycling to generate growth for Greater Copenhagen while at the same time supporting and strengthening the coherence of the metropolitan region’s transport system.

Description of the plan

The contents of the plan are based on an analysis of potential prepared by Rambøll and input from actors and experts from different disciplines in Greater Copenhagen.

The bicycle as a tool
The plan is divided into two central sections. Each from its own perspective highlights opportunities and possible initiatives, where cycling can be a driver of growth for Greater Copenhagen and at the same time support and strengthen links in the metropolitan region’s transport system.

The initiatives can support Greater Copenhagen’s place as a leading cycling metropolitan region and with a high level of ambition make it the best in the world.

Below you can download the Strategic Cycling Plan for Greater Copenhagen in English, Danish, and Swedish and the Analysis of potentials in DK/SE:

On the 21st of September 2021 the online event “Cycling for green economic growth – potentials for regional cycle planning” aired. This event was held in relation to the launch of the Strategic Cycling Plan for Greater Copenhagen and focused on how cycling can be used to create green economic development in regions and metropolitan areas.

The first half of the event focused on the potentials for regional cycle planning with insights from the European Commission about how cycling can be a tool in the European Green Deal, what trends the ECF (European Cyclist Federation) identify in regional cycling and inspirational speakers telling fascinating cycling stories about making space for cycling on New York bridges, how the Province of Limburg became a leading province for cycle tourism and the potentials for regional cycling planning in Greater Copenhagen.

Watch the first half of the event here.

Or watch each speaker individually:

Watch the second half of the event here.

Or watch the pitches individually and the political debate: